Laboratorio de Electrónica Visual, Gijón’s International Audiovisual Creation Festival, comes back for its eleventh edition with an appealing and eclectic lineup. The festival will be held in different spaces of the Laboral Ciudad de la Cultura Art Complex and the city of Gijón.

L.E.V., a project co-produced by the Government of the Principality of Asturias, Gijón’s Town Council, LABoral Centro de Arte and Datatrón Collective, keeps on searching the evolution of new audiovisual languages. From April 27 to 30, the Festival will feature a lineup full of daring and innovative international acts that aim to go beyond classic formats within the fields of sound and vision creations.

Factory Floor‘s hypnotic postpunk, the new techno coordinates created by Samuel Kerridge and Container, the dystopic audiovisuals of collaborative projects as “Lexachast”, by Amnesia Scanner & Bill Kouligas with visual artist Harm Van Den Dorpel , “Sirens” by Novi_Sad & Ryoichi Kurokawa and its aesthetic appropriation of data from the worst economic recessions, the conversion of the invisible into light and sound by Martin Messier, or Nicolas Bernier and Alex Augier‘s synesthetic processes are the first names revealed.

Kara Lis Coverdale‘s symphony of post-sacred tones and harmonies, accompanied by MFO‘s visual imagery, Detroit pioneer John Beltran‘s new project, the new scene’s most avant-garde sounds provided by Synkro, IVVVO and Skygaze are also featured in the Festival lineup, alongside with many other that will be announced in the following weeks. 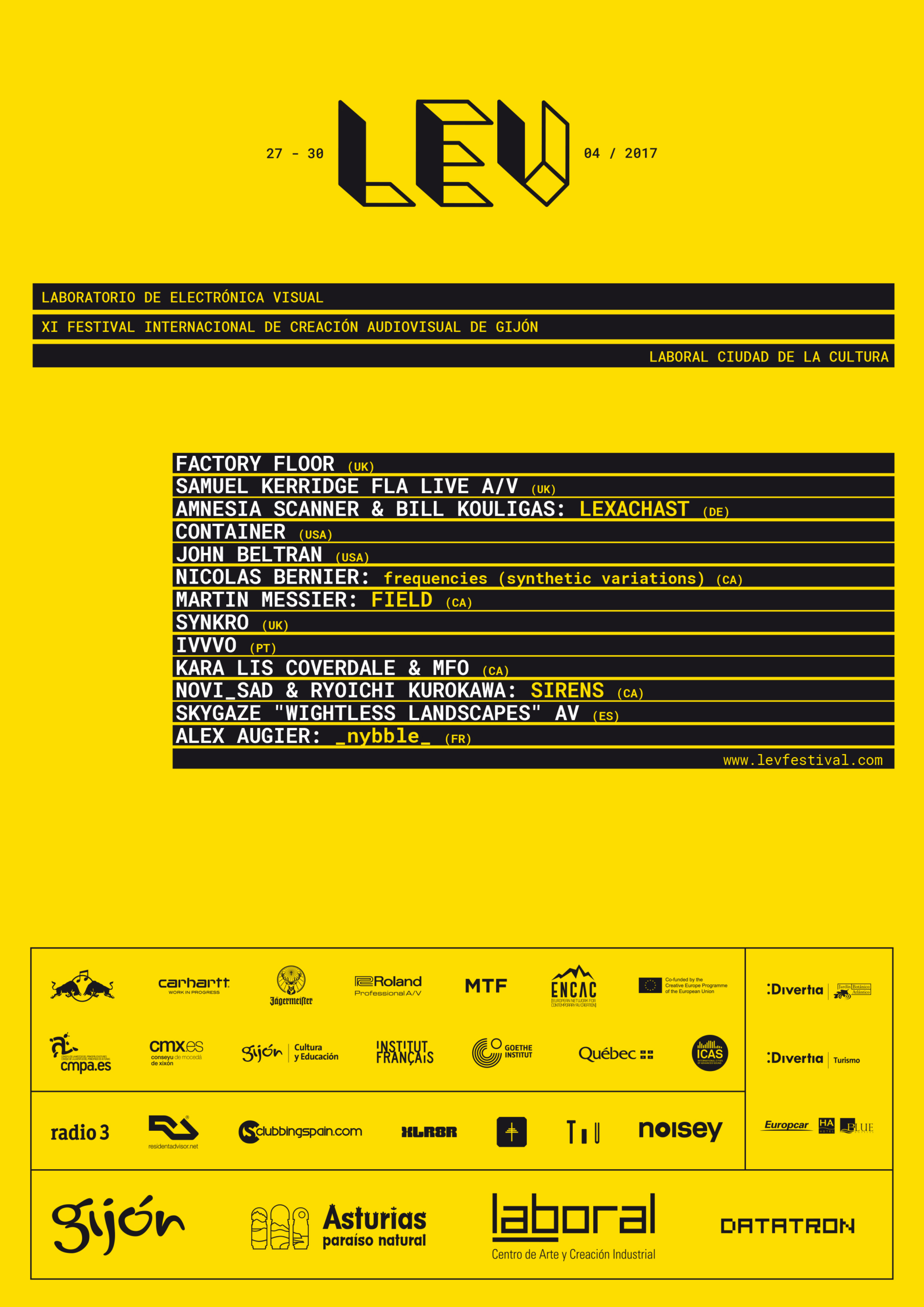