Some fascinating imaginary beings come to life in the streets of Gijón, through the urban experience of augmented reality FAUNA

This activity, promoted by the Youth Department of Gijón’s Town Council, is included in L.E.V. Gijón Festival 2021, alongside with the audiovisual installation Mécaniques Discursives by Fred Penelle & Yannick Jacquet, at LABoral Centro de Arte, with the support of Fundación EDP

This activity was first shown at Escuela de Comercio, during L.E.V. Festival 15th Anniversary and Arenas Movedizas 19th edition, which took place from July 22 to 25, but now it occupies urban spaces through a series of wide format posters placed in different open space locations of the town. By using a customized augmented reality app, some fascinating beings will come to life in the screen of our smartphone or tablet.

This all-ages activity invites us to join a treasure hunt, following the trails of some imaginary animals which reveal the wild life hidden among the street walls. This project is an introduction to a poetic, dadaist way of orientation, which gives us the opportunity to pay more attention to our daily urban environment, imbuing everyday living with magic.

To enjoy the experience, you just have to download the FAUNE free app, available for iOS and Android, and go out into the streets in search of these posters, which will be located in two routes: one in the city center, starting at Escuela de Comercio, throughout Plaza del Parchís, calle La Merced, La Ruta de los Vinos, and Calle Instituto to end at Cimadevilla; the other one is in Barrio de Natahoyo, through spaces like Les Naves, Niki Dance, or El Circo bajo el tejado.

Fauna is being shown since this summer in several cities and prominent cultural events around the world, such as Gaîté Lyrique (Paris) or Festival de Nouveau Cinema (Montreal). And now it can also be enjoyed at Centro de Creación Contemporánea Matadero Madrid until January 6th, as part of the line-up of 2021 L.E.V. Festival Matadero.

This work of art squeezes time to take us to a journey in image and sound throughout centuries of history, occupying the whole space (700 m2 and 12 m of height) of Sala de Proyectos de LABoral Centro de Arte, with more than 15 simultaneous, immersive, small and large scale screenings, containing more than 250 narrative elements which create a huge stage featuring an imaginary world of animated beings, lights and shadows, and mysterious chimeras. This audiovisual installation will be opened to the public for free until January 22. 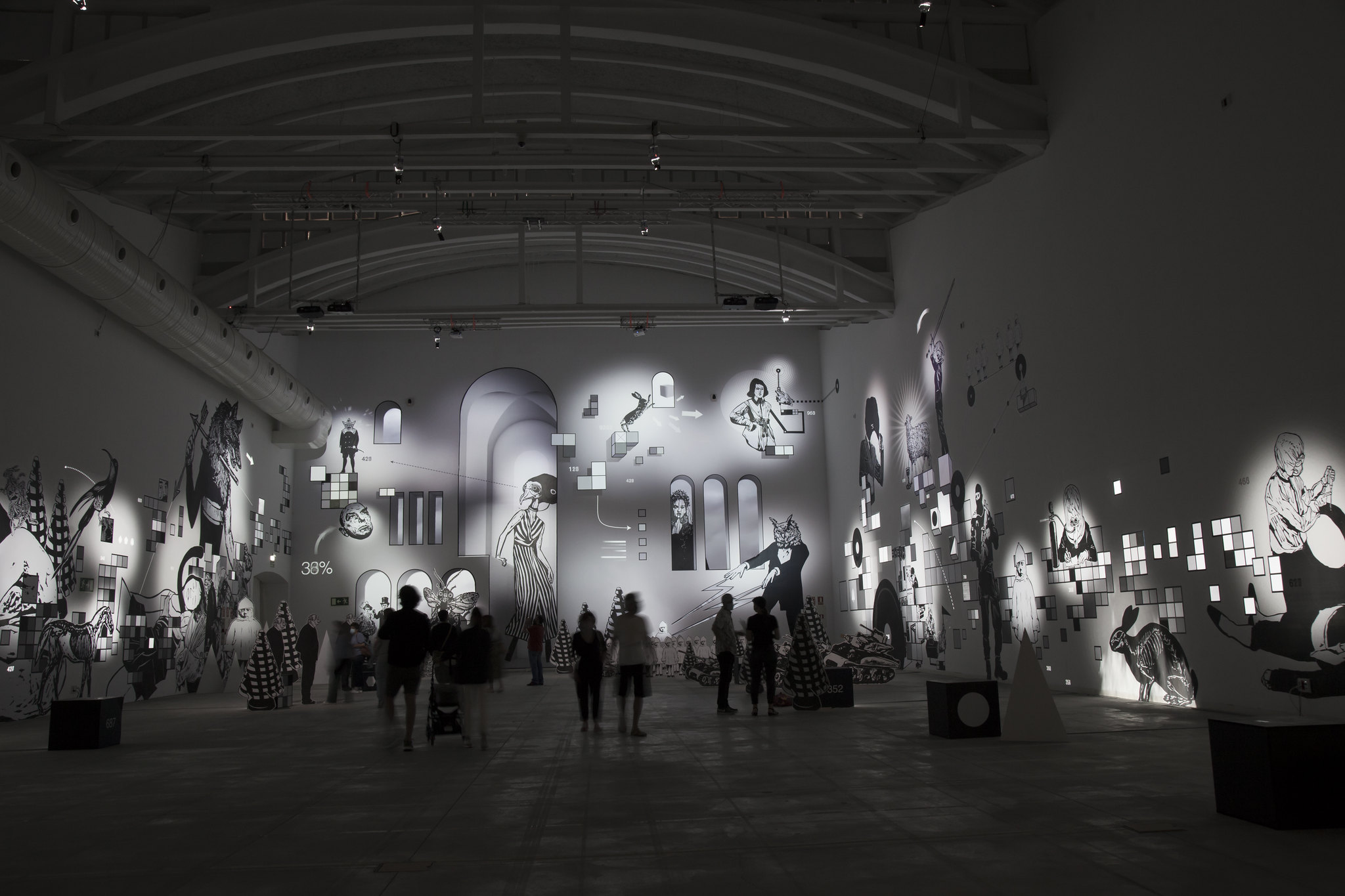